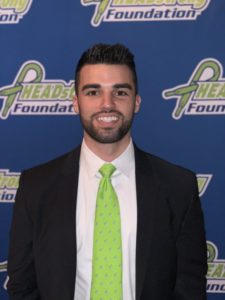 Bender has served as the Head Coach at Parkland High School since 2018. Prior to taking the job at Parkland, he served as an assistant coach at Southern Lehigh from 2016-2018. An assistant coach for the Hong Kong National Team at the 2018 Men’s World Championships in Israel and 2016 u19 World Championships in Vancouver, Bender was drafted by the Connecticut Hammerheads of Major League Lacrosse in 2020.

Collegiately, Bender won a National Championship during his career at Maryland while making two trips to the Final Four. He saw action in 28 games in two seasons for the Terrapins after transferring from Bellarmine University. in his first two collegiate seasons, he saw action in 26 games, including 14 starts as a sophomore.

A four-year letterwinner at Emmaus High School, Bender helped lead the Hornets to four Lehigh Valley Lacrosse League championships. He finished his senior season with 16 goals and 11 assists and totaled 40 points on 24 goals and 16 assists during his high school career. A four year member of the All-Conference team, he was named league MVP and first team All-State as a senior.

JOIN US FOR THE 2021/2022 WINTER SEASON  Try out for our Box All-Star Teams! This is an annual winter lacrosse program focused on overall exposure to the box game. Our goal is to maximize a player’s complete development with high level instruction and competition. We will be offering three teams with tryouts open to players from all club/rec/school teams. The teams will play in one tournament following a month of practice.  Teams: 5/6 Grade,  7/8

Join us this Fall for a HEADstrong introduction to lacrosse! Open to boys and girls in grade K – 3 that want to have fun in a safe learning environment. Our experienced staff will help instil the basic fundamentals for beginners and take experienced players to the next level.   Dates & Times Sundays October 3, 10, 17, 24 10:00am – 11:00am *Raindate October 31 Location Nitschmann Middle School Turf Field 1002 W Union Blvd. Bethlehem PA 18018 Equipment Sticks

Thank you to all the 200+ players that came out to HEADstrong tryouts this week! Our coaching staff was very impressed by the overall level of talent and commitment the kids showed. We have an excellent program for the 2021-2022 season and we are excited to share it with the selected athletes. If chosen, please follow this LINK to register and solidify for your roster spot. If not chosen, we will be in touch will other upcoming About: DeNave is currently a freshman at the University of... About: A freshman at Elizabethtown College, Scomillio has been playing... 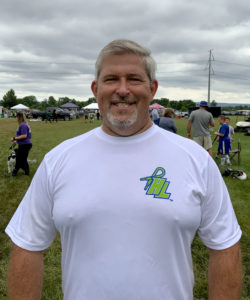 About: Gutekunst has been coaching at all levels of youth... About: Poremba recently wrapped up his freshman year at Muhlenberg... About: A U.S. Lacrosse National Hall of Fame inductee, Cassese... About: Smith is a former head coach at Freedom High... 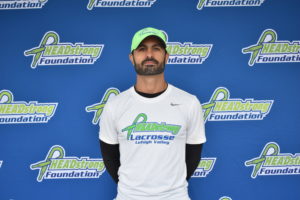 About: Arezzi is an assistant coach at Parkland High School.... About: Cipolla returns for his second season coaching for HEADstrong... 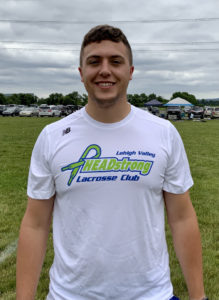 About: An assistant coach with Misericordia University in 2019, Winslow... About: Has coached at all levels of lacrosse since graduating... 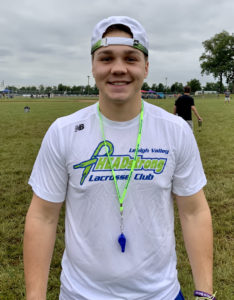 About: Albertson has been playing lacrosse since the fourth grade... About: Martel currently serves as the head coach at Liberty... About: Stevens is currently playing lacrosse at Kean University, where... About: A captain at Monmouth University for three seasons, Tutorice... About: Epple was named the graduate assistant coach and defensive...

Wishing everyone that celebrates a very Happy Hanu

Wishing all of you a Happy Thanksgiving!

The HEADstrong Lehigh Valley boys had a great fall

We’re in action in ✌️ tournaments this weeke

Happy Veterans Day and thank you to all that have

We are excited to welcome a few new faces this fal

We are so excited host the HEADstrong Lacrosse Clu

Thanks to everyone that participated in our HEADst

Our Fall Events Series is back with 5️⃣ Nick C

Coming soon to a field near you @cascade_lacrosse

Tonight, all of our boys high school players are i

Extremely excited to be kicking off the HEADstrong